The world is awash with colour, but when used correctly, the black & white photograph adds a special mood to a particular setting.  Here are some examples where I have used black & white in wedding photography, along with some of my reasons for doing so:

In this example of a newly married couple walking along the canal-side at Woodlesford, Leeds, it would have been easy to have lost the couple in the wash of green from the trees and grass.  The black and white effect allows more emphasis on the couple on this rather intimate occasion. 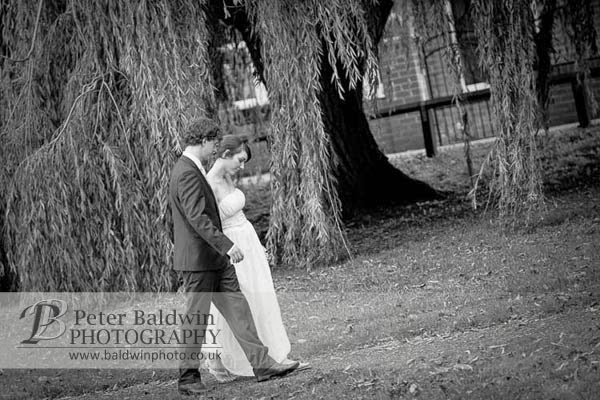 The same can be said for this shot of a bride, lots of green from the grass and brown from the hotel stonework, but I wanted the emphasis to really be on her. 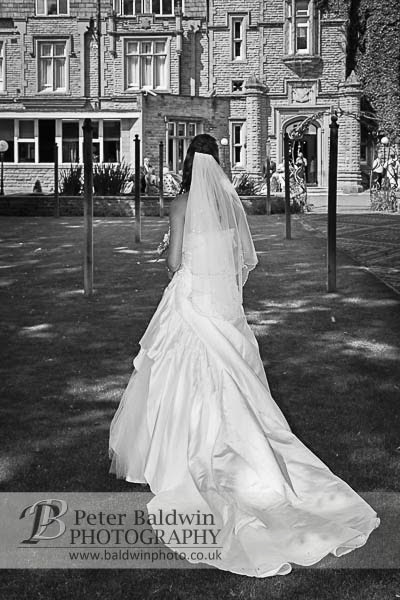 In a dimly lit setting, such as at this November wedding at Woodkirk Church, Dewsbury, the black and white really made the pages of the organist's music stand out with the couple nicely blending into the scene. Colour would probably have worked here, but the variations in colour tones due to the different lighting conditions in the one scene would have been very distracting. 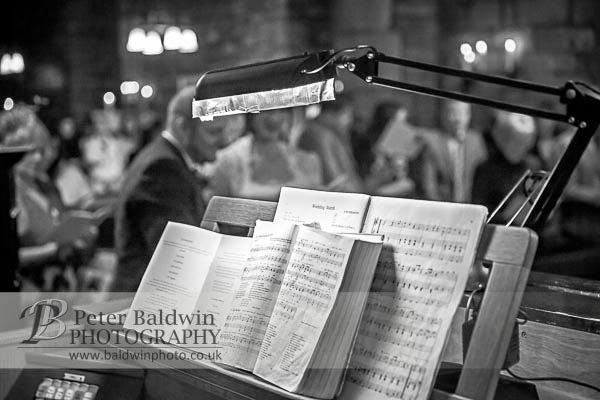 
Some photographs just call for pure romance.  For example, this couple signing the register here were in a relatively bright corner of the church at Saltaire, Shipley.  But the woodwork, as nice as it was, in the background took the romance out of the shot.  Just look at how , using mainly natural light, the black and white adds the romance and creates a terrific shot 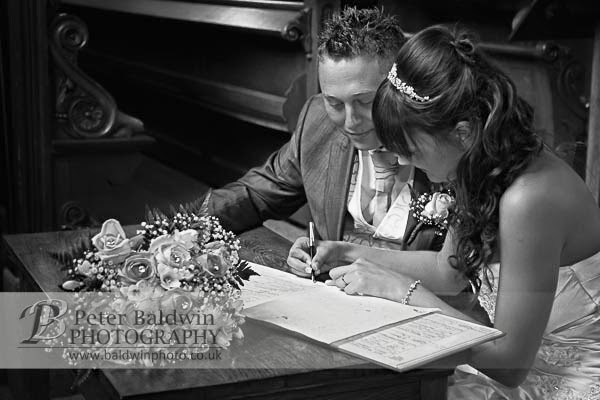 Again, the same can be said for the romance in this moment, the ring exchanges.  Black and white just works.  Why?  It just does. 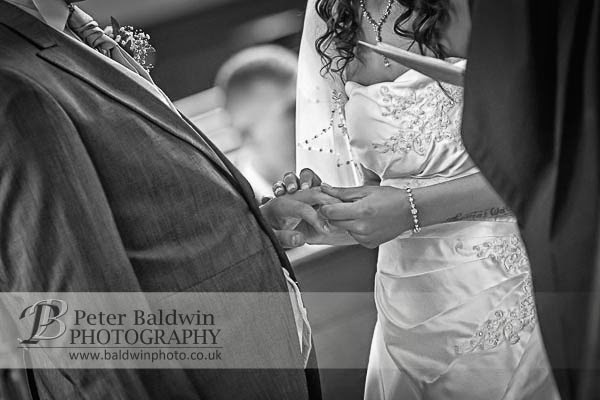 Black and white by itself can sound boring, but in fact the variety of tones available are greater than with a basic colour photograph.  I love the ability to also add a "tonal" colour, as with this couple photographed at their wedding at Shelley, Huddersfield. 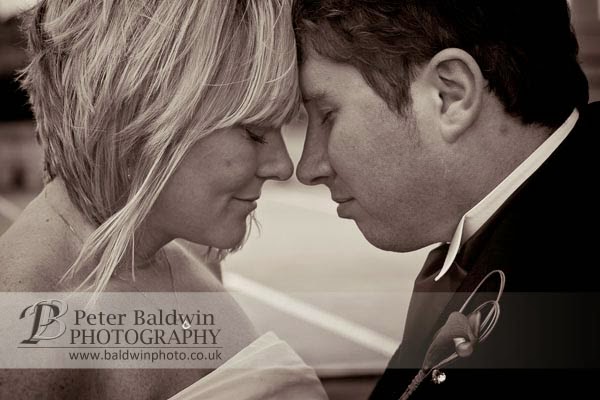 Why do you like black and white?  There are a whole host of answers to this, some technical, others personal. I'm interested to hear your comments.
Posted by Peter Baldwin at 14:46